It’s hard to separate the emotions and the physical effects I felt during breast cancer treatment. It’s to be expected with everything that happened to my body. My emotions were a concern but usually if I was down, I’d bounce back. At one point, emotional numbness took over, and it was a warning sign of something else.

During my Wednesday treatments from January through the end of April, I was anxious for port access and the Benedryl restless leg episodes, then felt mellow as I received the chemo and fluids. Jeff would call that last part asleep! He was right. One day, my friend Liz was there, too, and I fell asleep in the middle of a conversation. When I woke up, we laughed about it!

The day following treatment, I’d get a bit anxious from the steroids, yet in an upbeat mood. By Friday afternoon or evening, I started to feel the negative effects of the drugs, which was not the best mood booster.

My treatment symptoms included extreme nausea, bone pain, sleepiness, body aches, and general malaise. I wanted to lay still, not lifting my head. I’d have preferred to just sleep for 4-5 days until it eased up. I’ve had worse sharp pain – the pain after my last back surgery felt unbearable. This “death warmed over” feeling that I mentioned in post 12 was a different animal. The physical symptoms were accompanied by the most awful, depressing feeling. As it lessened several days after chemo, I’d start getting my smile back. Life wasn’t perfect but my outlook was better.

Sometime in March, I started to drag. I had no energy. Emotionally, I felt numb a lot of the time. I couldn’t shake out of it. Was this depression? Was it physical? I wasn’t sure so I talked to my oncologist, Dr. C.

Oncologists monitor blood cells carefully because AC-T chemo for breast cancer kills white cells, making you more susceptible to infection, and can kill the cells that form hemoglobin, or red blood cells. My hemoglobin count was low. I was told to take iron. It’s funny because I took iron for many years but, as with all women, there comes a time that you don’t need it. The need was back. My count dropped again, and I had an infusion of iron to bring it up more quickly.

In April, I hit rock bottom. I didn’t want to lift my legs. I could walk but I felt as if I was dragging weights behind me. I suffered from brain fog, buzzing ears, and continued emotional numbness.

We called the doctor’s office and were told to come in for another blood test. A nurse told me to wait for results. The doctor’s lead nurse came to see me in the waiting room, which was unusual. She gave Jeff a look, then knelt beside my chair. (Insert ominous music here.) My hemoglobin count had dropped significantly, below the acceptable level. I was feeling so badly because I needed a blood transfusion.

Anemia can be a big concern for cancer patients. According the American Cancer Society, it can affect quality of life and can shorten survival. With a low red blood cell count, your body can’t get enough oxygen, makes you tired, and can get bad enough to be life threatening. I received a blood transfusion later that day, and the doctor delayed my next treatment. As the new blood went to work, I lost that dragging feeling and ear buzzing, and slowly the fog lifted.

Pay attention to your bodies, folks! Sick or not. The small knot you feel in your breast or elsewhere could be cancer. The pain you can’t explain can indicate various illnesses. Emotional changes, like the numbness I felt, can come along with physical issues. Talk to your doctor to identify or rule out medical causes. You may save your own life! 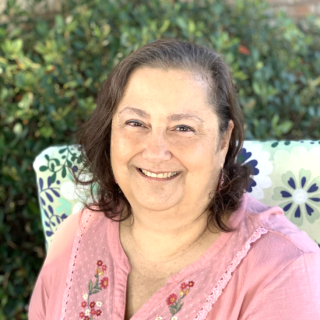